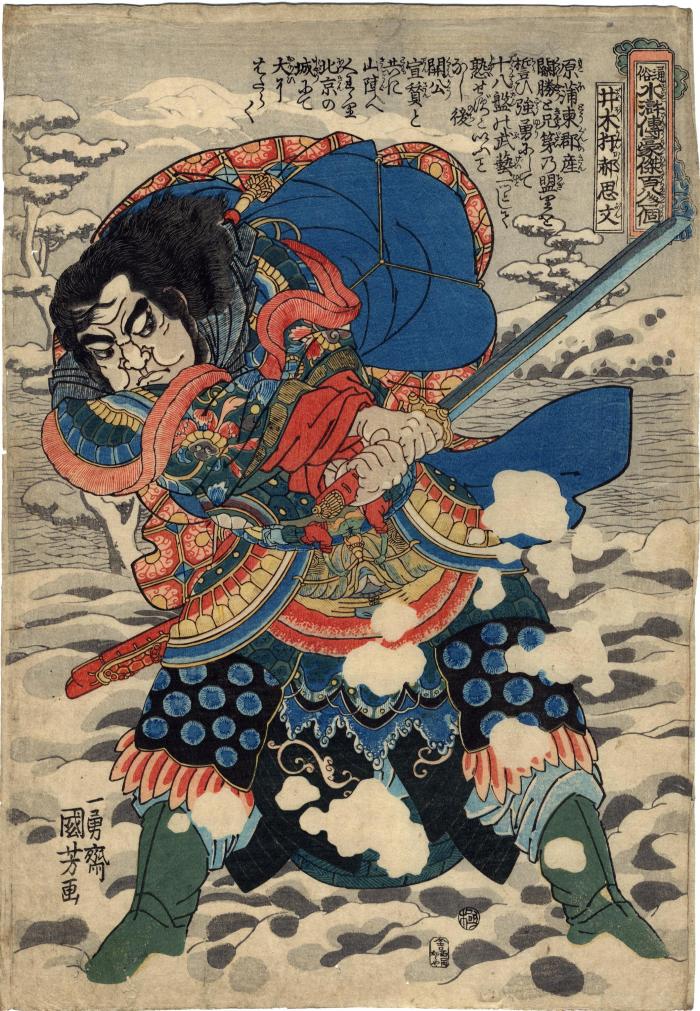 Hao Siwen is first mentioned in Chapter 63 of The Outlaws of the Marsh. He is known as 'the Jackal' or 'Wild Dog' because of a dream his mother had prior to her getting pregnant.

Guan Sheng was extremely pleased. "This is Hao Siwen," he said [to Xuan Zan]. "He and I are sworn brothers. His mother dreamed she was entered by the spirit of a wild dog shortly before she became pregnant with Hao. And so, today, he is knows as Wild Dog Hao. He's skilled in all eighteen of the military arts. Since I've been summoned by the premier, why shouldn't I take him with me, so that we can serve the country together?"

Xuan Zan gladly consented. He urged them to commence the journey quickly.

Guang Sheng gave parting instructions to his family, collected his weapons, horse, helmet, armor adn luggage, and set out that same night with Hao and a dozen big fellows from West of the Pass, all accompanying Xuan Zan. On reaching the Eastern Capital, they rode directly to the premier's residency and dismounted. The keeper of the gate announced them and they were invited in. Xuan Zan led Guan Sheng and Hao Siwen to the hall of state. They kowtowed to the premier, then stood respectfully at the foot of the dais.

There is a full page illustration in Of Brigands and Bravery by Inge Klompmakers, #40 C, p. 133.