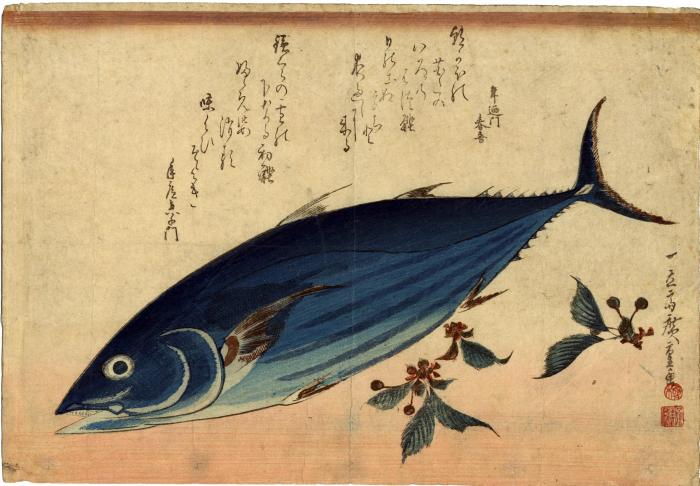 "This series of ten or eleven prints - it is not certain whether a print of trout belongs tothe series or not - was originally commissioned by a poetry club. They were thus first issued as a de luxe kyōka folding albums and all the prints from the first edition... have a centerfold.

Bokashi was added to the upper edge in later impressions..."

The poems are by Toshinoto Haruki and Toshihiro Machikado. The latter wrote:

Fresh bonito tastes best
when you let it melt in your mouth
under the snow in Kamakura.

"The name of the flower depicted here means literally 'under the snow'."

There are two early states of this print. One without the publisher's and censor's seal and one with - as in this case.

1) in Hiroshige: Prints and Drawings by Matthi Forrer, #84.