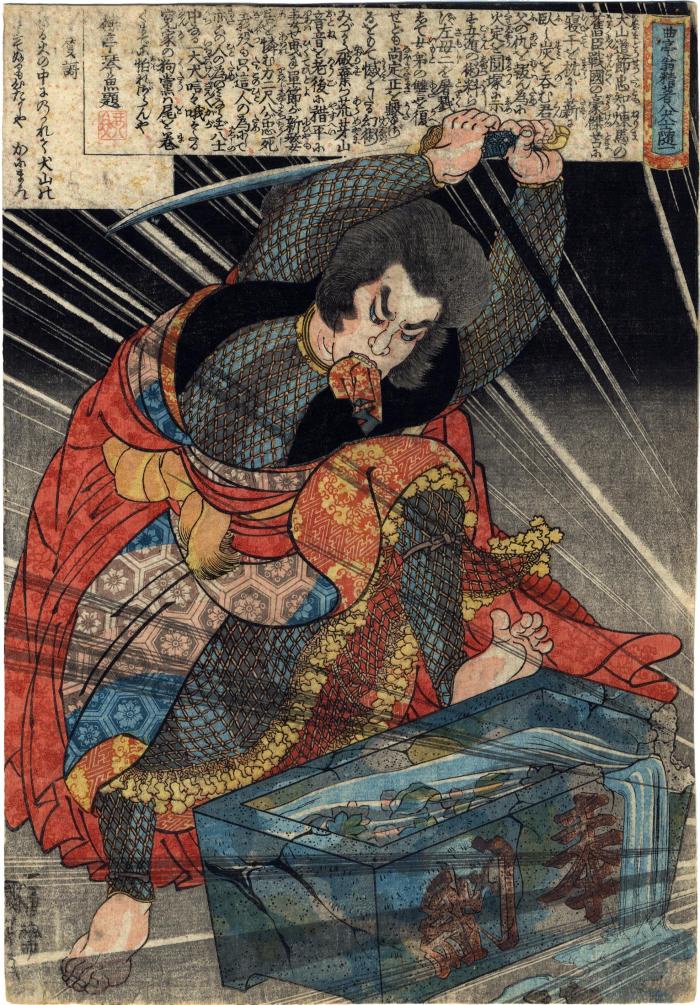 "Magic enters the story of The Eight Dogs of Satomi with the introduction of the second of the eight heroes, Inuyama Dōsetsu, who represents the virtue of loyalty. Like his fellow heroes Inuzuka Shinō... he has the word for 'dog' (inu in his family name, and he was born holding a Buddhist rosary bead with his special virtue inscribed on it."

Quoted from: Utagawa Kuniyoshi: The Sixty-nine Stations of the Kisokaidō by Sarah E. Thompson, p. 22.

The British Museum makes two comments about this print which are significant. One states: "Inuyama Dosetsu making a two-handed sword stroke at a stone water tank." And the second notes that this is one of two prints which are meant to form a diptych. We have added a link to the other panel above.

Basil Robinson wrote of this character: "Dosetsu Tadatomo raising the famous sword Murasame as a fire of branches burns behind him; he was a fire-magic adept."

The publisher was probably Nishimuraya Yohachi, but its seal does not appear on this print.