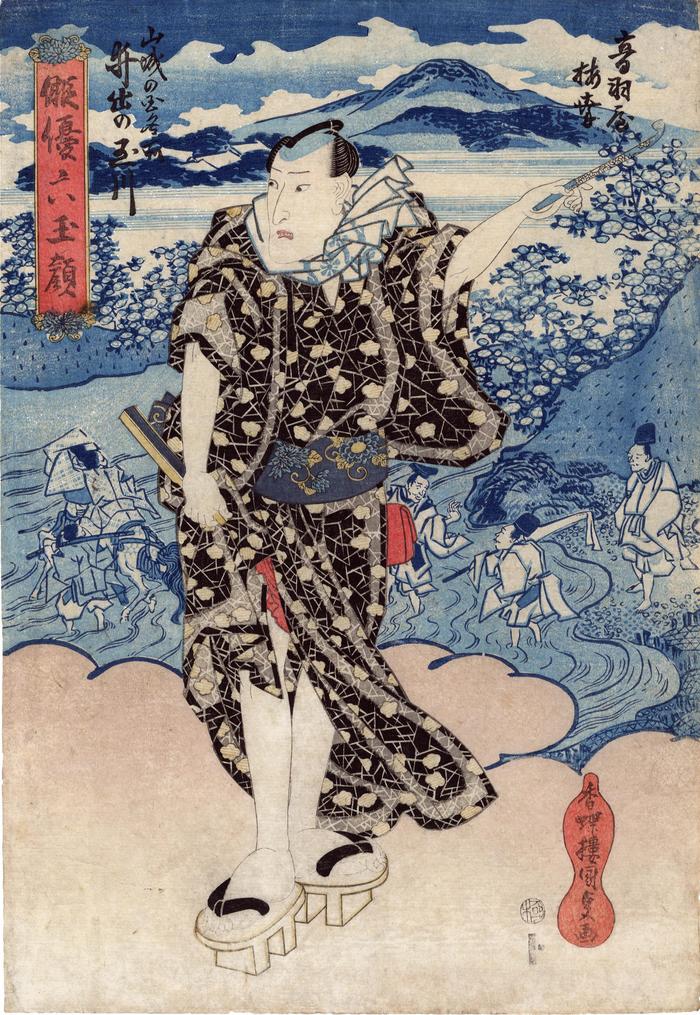 The six jewel rivers were noted beauty spots of antiquity. The title of this series is a pun on the words kawa (river) and kao (face). In this magnificent set, for the landscape background, Kunisada took advantage of the fashionable vogue for prints in the new imported Prussian blue pigment.

The curatorial files at the Metropolitan Museum say of this theme: "The theme of six beautiful rivers, each associated with a flower and a classical court poem, enjoyed great popularity in the late Edo period, especially among ukiyo-e printmakers. Mountain roses (yamabuki) are associated with the Ide Tamagawa, near Kyoto." Here those striking yellow flowers which cluster along the river's edge are represented in shades of blue, but the knowledgeable viewer knew what their true color was. Only those separated from the time and culture in which this print was created would be ignorant of its true significance.
Yamaguchiya Tōbei (山口屋藤兵衛) (publisher)
actor prints (yakusha-e - 役者絵) (genre)
blue prints (aizuri-e - 藍摺絵) (genre)
Bandō Hikosaburō IV (四代目坂東彦三郎) (actor)
landscape prints (sansui ga - 山水画) (genre)