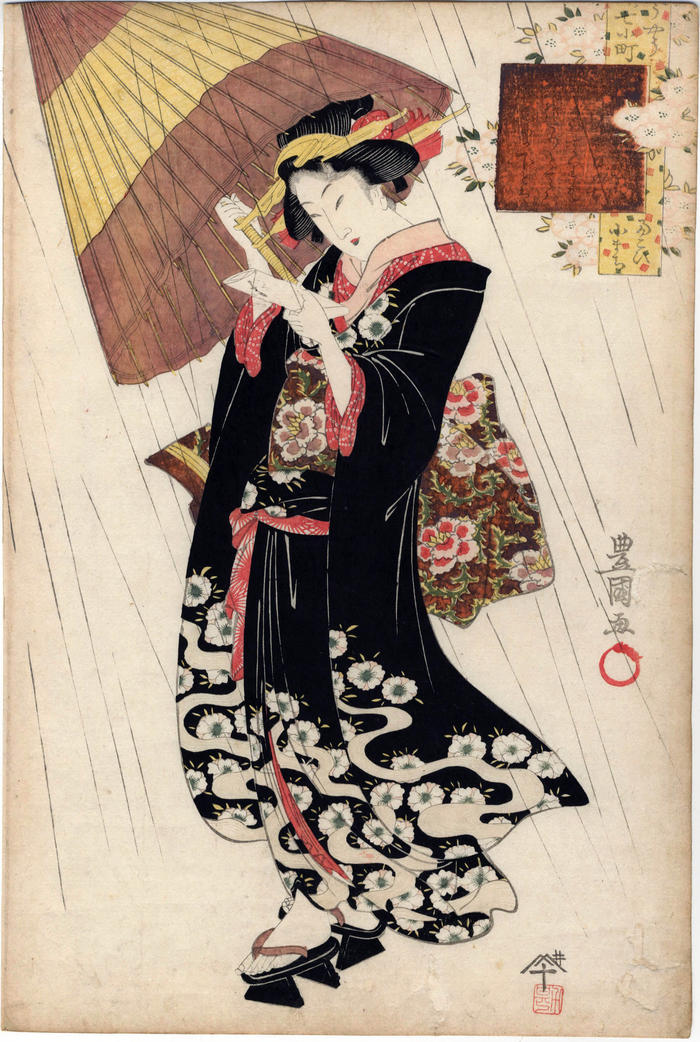 In our opinion, this is truly one of the most elegant prints in the Lyon Collection. (JSV)

There is a tradition in Japanese printmaking of representing 7 scenes linked to Ono no Komachi's life and poetry. Numerous artists from Harunobu, Koryūsai and Utamaro to Toyokuni I and his pupils Kunisada and Kuniyoshi created images along this line. They often paired elegant contemporary women with an event that happened in the life of this 9th century poetess.

The Amagoi Komachi portrays the scene where she prays for rain. Allen Hockley relates that "Komachi received a request from the emperor to compose a poem in order to relieve a prolonged drought. After performing observances at a temple, she cast the paper slip on which she had written her poem into the temple pond. Immediately it began to rain."

This 7 Komachi series is listed in Marks as P0481 under 607 - Yamatoya Jūbei. All of the examples from this series in the collection of the Museum of Fine Arts, Boston are listed as having an "Unidentified publisher's mark." The exact mark on this print is not shown in Marks, but is closest to one of those used by Yamatoya Jūbei.

Toyokuni I was the only know artists published by Yamatoya Jūbei.